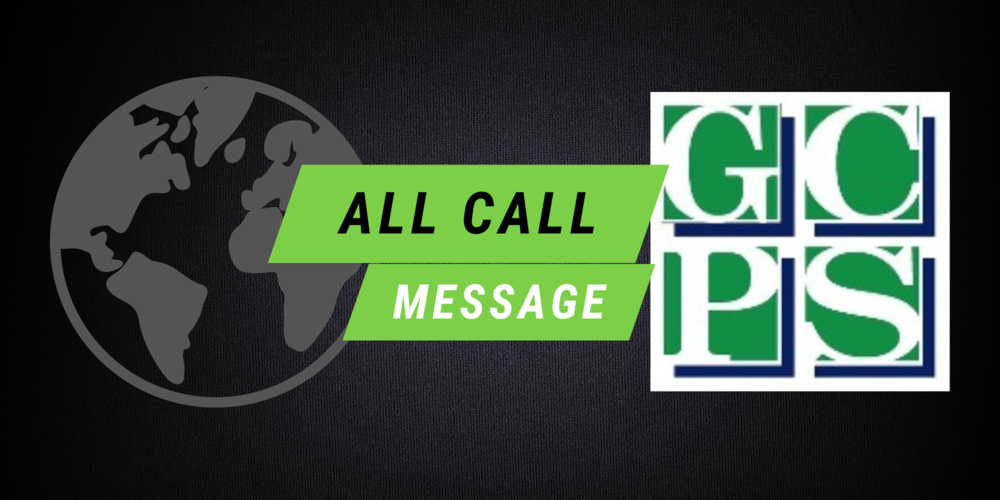 All Call Message from Dr. Clemons on 09/01/2022 regarding Threats of School Violence and Subsequent Arrest Related to Gloucester County Public Schools

This is Dr. Clemons calling.  I hope you are doing well on this Thursday afternoon.  I am calling to make you aware of a safety matter involving threats of school violence and a subsequent arrest related to Gloucester County Public Schools.

On today, which is September 1st, Gloucester County Sheriff’s Office investigators were notified by school resource officers that a student who had been suspended from Page Middle School made multiple threats of violence targeting others at the school.  These threats were made via social media and disseminated to a group of students along with images of weapons and other photographs that were intended to place students in fear.

Investigators and SROs immediately began interviewing students and collecting evidence.  The student who disseminated the threats was positively identified and determined to be at his home in Gloucester County.  Investigators responded to the residence and, after on-scene follow-up investigation, placed a 13-year-old male in custody.  The juvenile’s parents were contacted at the scene.

The arrested juvenile was taken to Juvenile Intake, where investigators met with an intake officer and obtained petitions and a detention order.  The juvenile is charged with the following:

Threats of death or bodily injury on school property Use of profane, threatening, or indecent language over public airway.

The juvenile was placed in detention at the Merrimac Center pending court proceedings.

The school division and the Sheriff’s Office would like to thank the students who came forward and shared these threats with SROs.  It takes everyone, including students, parents, teachers, staff, and the law enforcement officers in our schools to keep our children safe.  We take threats like these very seriously and will always thoroughly investigate, and our Sheriff’s office will prosecute any threat to children or staff who are a part of Gloucester County Public Schools.

Finally, I want to thank you for a successful first week of school and sincerely appreciate your continuous support for Gloucester County Public Schools.  I hope that you have a wonderful holiday weekend.  In closing, thanks for your time, stay safe and be blessed. Dr. C., signing off.

Note:  Please be aware that the 13-year old male student is currently on a suspension from a separate incident that occurred last (2021-2022) school year, and has not returned for the current 2022-2023 school year.